First let me say, I took all three of these pictures on my way to work last Wednesday. These three pictures, pretty much, sum up my view of country life, right this minute. 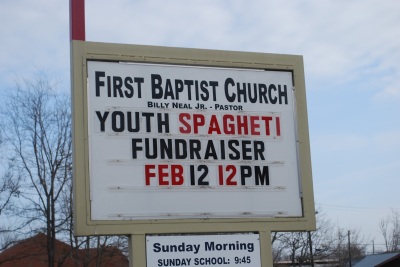 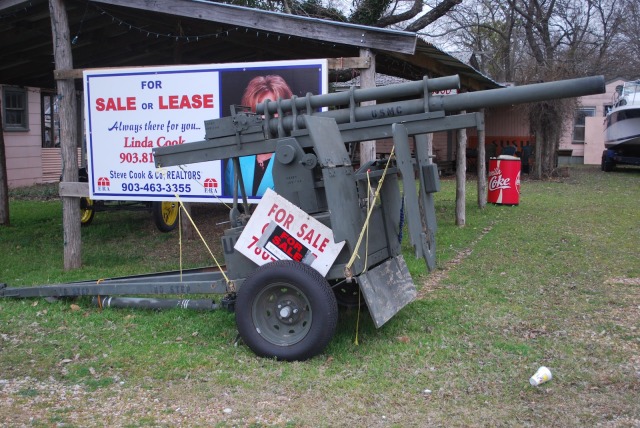 For the past week, I have been dedicating moments of thought to the understanding of what makes city people different from country people. I have been desperately trying to do this without a smidgen of egotism or elitism, which has been difficult to the point of impossible. Two things prompted this quest for enlightenment, 1. my Cheerios blog and 2. a crazy woman with a dog. As I sat, last week, in the midst of blind, unshakable, anger- I decided to stop pretending that I was still in Kansas (metaphorically). For the past two years, with the understanding that I was in a land very different from wince I came, I had decided to keep my mouth shut and my opinions to myself. I have spoken of weather, I have spoken of children, I have not spoken of politics or of religion… both being seen as a hot topic given my general location. However, what couldn’t remain hidden was my husband’s or my actions.

As I have mentioned before, we run an extremely small dog rescue group. I, personally, have been fostering dogs for the past 18 years. Our move in to the country did not alter our desire to help animals that were in need. Most of the dogs that we take in come from individuals who contact us, or dogs on the euthanasia list at the Fort Worth Animal Control, and most recently, the Bonham Animal Shelter. With that said, we do, on occasion, find a dog near us and have taken in those as well. 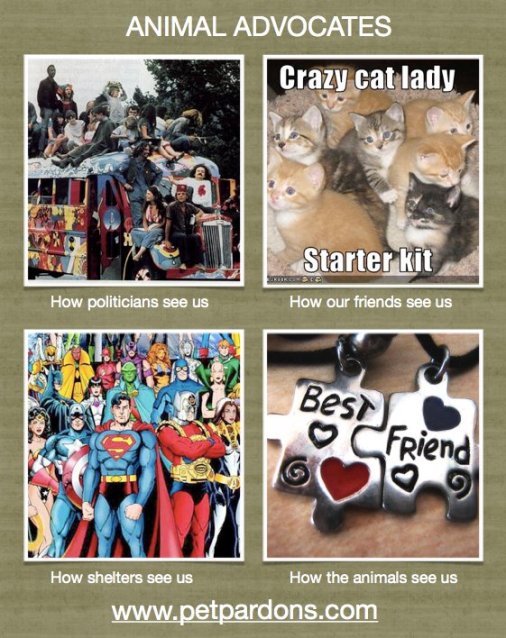 A few months ago a male German Shepherd mutt got on to our property. We contacted all of our neighbors, in a half mile radius, to see if anyone owned this dog and then after three weeks, of not hearing anything, we spent a couple of hundred dollars neutering him, heartworm testing him, vaccinating him and then put him online for adoption. After a month a sign went up for the missing dog and after a long talk, we decided (even though we were financially and emotionally invested) to give them their dog back.  For this we didn’t get as much as a thank you; “ofcourse” they were angry, “ofcourse” they planned to breed their dog. That same day, as my husband was driving the children to school, he noticed cars swerving on the highway in front of him. Another German Shepherd (this time a pretty one) was standing in the road. He, again, contacted everyone in a half mile radius to find out if it was their dog and then took the dog to our home to wait and see if anyone came forward for him.

That night, a woman came to our house distraught and hysterical. She demanded her dog back. To which, we gladly and promptly went and got him. As she continued to droll on about her dog being worth $500, how he was always getting out, and how she was missing her black lab as well, it became apparent that she was accusing us of stealing her dogs. Now, in my Cheerios blog, I mentioned that country people lack pretense. In this woman’s case, that is completely true as well, self righteous but without pretense. No matter how many times she stated that her dog would tear through her fencing; she still managed to blame us for stealing dogs. A wiser, or even more pretentious person would have excluded the dogs constant departure, out of her yard, from her story. That was simply not true with her and after many attempts to reason with her, her derangement won out and my husband, with forehead in hand, was left on the driveway, her screams of, “If he gets out again, I’ll be back and I won’t be alone” echoed through the crisp evening air. 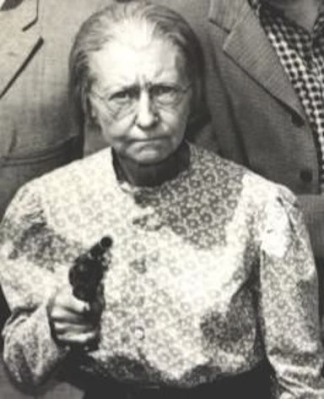 At this point I would like to discuss the rules, regulations and/ or laws concerning picking up animals in Fannin County. As confusing and complex as the woman and law enforcement agents would like these to be I can explain them in one, extremely, quick sentence: There are none. While there are laws to mandate your cattle, horses, or other livestock being on the road there is nothing to regulate household pets.

Last week a warden from Texas Parks and Wildlife came to our house. He greeted me with a good ol’ boy country smile that had probably won the affections of many a female in his youth. This charm was lost on me once he started speaking though. “Hello, ma’am. I was wondering if you had seen a husky or a lab around here. You see, I had heard two dogs have made their way back to their owners lately, cause of y’all, and there are a couple of kid’s at home without a dry eye.”  I hate being condescended to and as clear as glass, to me, was the fact that a “Lil’ lady” or a “Darlin'” was about to roll off of his tongue. As I fear most females do, however, I stammered and just spit out openly hostile answers to his ridiculously invasive questions. “How many dogs do you have? What do you do with these dogs, rehabilitate them or something? Can I look in your back yard? If I find any dogs on the road do you want me to just bring them here?” With that last question, his gaze intensified and I wanted to scream out, “I don’t know if this nonchalant laissez faire attitude works on others out here but I am not from out here!!!” Yes, I am more than aware that my ego became just as large as his at that moment. To my defense though, he started it. 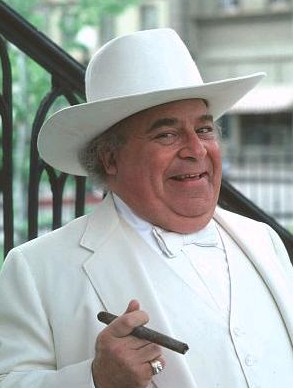 Twice the Fannin County sheriff’s office called us to see if we had this woman’s dogs. Albeit, they weren’t really questioning us as much making us aware of her accusations. To them, it seemed more than apparent that we would be the worst dog thieves, on record, if we actually did go door to door and told people we had her animals. And why would we have chosen to give her back just one of her dogs when questioned by her?  When pressed on the issue of taking in stray dogs one of the officers responded that, “the right thing to do would be to hold on to the dog for a month or so and see if the owner shows up.” The (as in the only one) Bonham Animal Control officer said that there are no leash laws in Fanin County and therefore there are no laws regulating what to do with a dog that you find on the highway.

My husband, does not suffer from my inability to think and be angry at the same time and he used this to his advantage in a phone call back to my new friend from Parks and Wildlife. Nick quickly got to the crux of the situation  1. Is it against the law to pick up a dog on the freeway? (The officer stammered and talked about if it was right to do. To which my husband responded that his loyalty was not to a human that was incapable of keeping their dog off the road time and time again. His loyalty was to the dog.) 2. If you admit that it is not against the law, regardless of your feelings about the morality involved, I should not see you on my property again or else we will view it as harassment.

I am not sure the difference this conversation really made. Their mentality towards dogs was clearly different than ours. To the woman who owned the German Shepherd, the $500 that she felt the dog was worth, was all important. To this man, he possessed hunting dogs and felt that if they were hit by a car they deserved it for standing on the road. He also believed that his extremely expensive dog GPS collar was going to protect them from theft. Pointing out, at that moment, that a thief need only remove the collar, might have made us look a little more like professional dognappers. 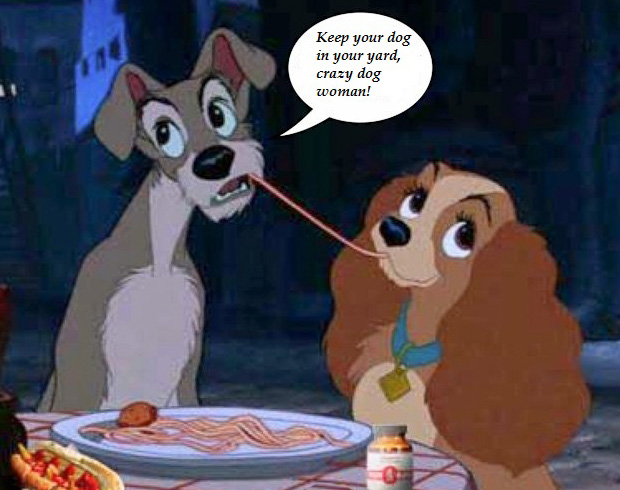 Thus leads me to my conundrum about city people versus country people and my week of pondering their differences. Ego would lead me to believe that city people are just more intelligent, as if smog contributes to your intelligence quotient. My few moments under the tree of wisdom has led me to this, though- human interaction is how knowledge is disseminated. It is as simple as that. The people from a small town have little interaction with the diversity of people and circumstances that a city person has. With that, comes a more close minded, narrow outlook. They adhere to their social norms, many as they were set by generations before. Their lack of pretense has nothing to do with a humble nature, in this society there is nothing to be ashamed of in those particular situations. Pretense is clearly visible in issues concerning wealth or religion.

Dick Cheney stepped across party lines to support marriage equality because he has a gay daughter. How can a child learn to protect our world’s wildlife without first seeing the majestic tiger in a zoo? Perhaps crazy dog woman needs to be partnered, for a week, with a group of animal rights activists. They can recite the number of animals euthanized in the US, annually. They can preach about why spaying and neutering is important. Lastly, they could explain the hazards of letting her dog roam free.  The point is, unless you have experienced the opposite of what you reject inherently, a transition in your thinking can not be made. I suggest that all of Fannin County attend some diversity training. 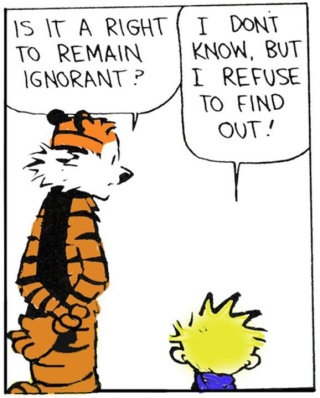 The woman with the German Shepherd found out that we had her dog from the mailman. Unbeknownst, to me all this time, in small towns, if you want to know something- ask the mailman. He is a method of information transportation. Mull that over. Your magazines, your boxes wrapped in brown paper, bills, medical information…. all under analysis and dissection for your neighbors fodder. I fear, that even though I have been speaking weather and children all this time, the lack of hunting literature and Rick Perry endorsements, making it’s way to my mailbox, is speaking volumes on it’s own. 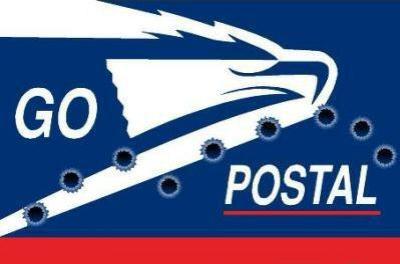