Now, he goes by the name of Reverend Early James, but back in the day we knew him as Jimmy.

I met Jimmy about 8 months ago. It was a beautiful spring day. (The weather was the absolute perfect temperature where you could go naked and not be too cold or wear a jacket and not be too hot. I love those days.) I spied Jimmy’s estate sale sign from the road and pulled in his gate. Large trees shadowed the majority of his 6 acres. His house was nestled at the very back of the property and so I made the trek down his long driveway, carefully avoiding the numerous ditches and mud pits. The sandy red soil spitting an orangish hue all over my vehicle.

As I opened my door, I immediately saw Jimmy walking briskly up to me. He stood just over six feet tall. He was clad in jeans and a t-shirt. His slim build and rough exterior hinted at a life spent working hard and outdoors. As he walked his shaggy, salt and pepper hair bounced freely. The conversation went as follows:

Me: Hello.
Jimmy: What do you want? Why are you here?
Me: You are having an estate sale.
Jimmy: What? I can’t hear you. I am not wearing my hearing aid.
Me: Estate Sale?

It was at that point I took the time to survey my surroundings and assess the situation. Directly in front of me lay an extremely old mobile home. A single wide from back in the day when single wide was the only option. Even from my position outside I could see the warped and leaning walls. To the front and right of that was a one car garage. 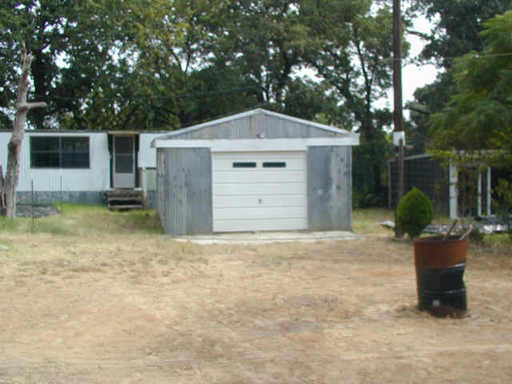 Directly to my right was a structure that looked as if it had been added on to in layers. Perhaps every five years or so the owner felt it was time to expand and so they built another box on to the already existing boxes. What immediately caught my eye was a sign on the arbor that read, “Universal Life Church and Chapel. Hours: 9am-?”. It was currently 10 in the morning.

Once Jimmy understood I was at his property for a reason, albeit not a reason he was interested in, he was excited and offered to show me around his property. He had many types of flora and fauna that he wanted, very much, to go in to detail to me about and he immediately offered for me to ride with him in his van down to his self made pond. 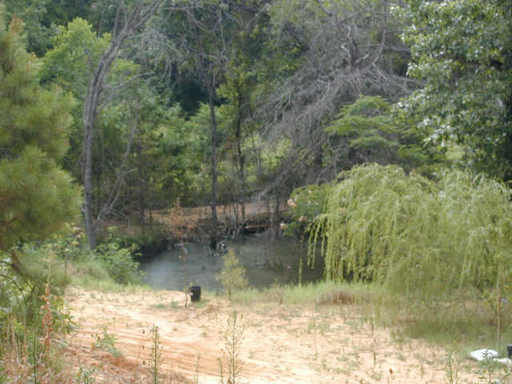 While many people are not old enough to actually remember reading about Ted Bundy and his method for murder. You should at least be old enough to remember Silence of the Lambs and know that there was absolutely no way, in hell, that I was going to get in to his van.

There is no rhyme or reason to anything on Jimmy’s property. In an effort to be polite, I did a 30 minute tour of his gardens (largely in part because with out his hearing aid in he could not hear my multiple attempts to segue in to a departure). Just like his home, trees are planted haphazardly here and there. You might find 2 tomato plants growing in a corner and another 20 feet away. A walnut tree is planted a yard away from a pear tree with no thought given to the mature height of either. And his favorite plant of all… the muskodine grape is everywhere. He ties the vines to anything that stays still along enough for him to wrap strings around it.

The tour ended in his greenhouse, which isn’t so much a greenhouse as it is a room with a green roof. 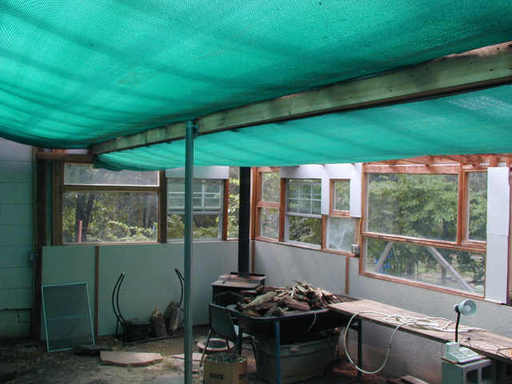 Bear with me. By now you may be asking yourself why I have bothered to show you all of these boring pictures of this man’s property. The answer is this: yesterday I saw him dressed in robes like Moses and hanging up these signs on his fence. 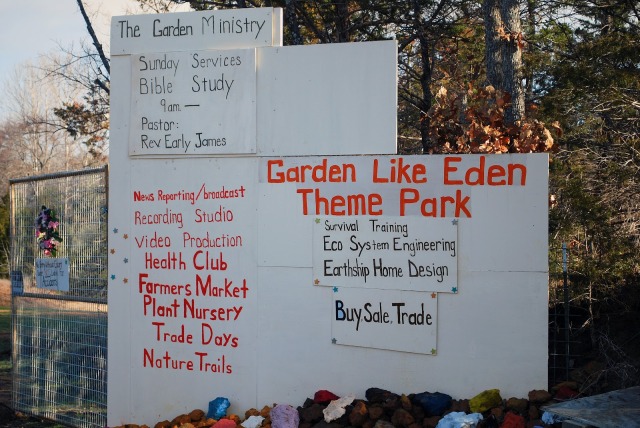 (What this article fails to tell you is…. the Reverend Early James is not completely sane.)

We all have visions of grandeur, however, I don’t put up signs on the gate, at my house, saying “Whitewright Zoo” or “Wildlife Preserve”. With that said, I do find it mildly amusing that if survival training had been offered at the original Garden of Eden then Adam and Eve could have built their own compass, did a little team building, escape and evasion and made their way back, once they were banished.

My encounter with Jimmy did not end that day. While I was on his property he offered me a donkey that he had pinned up. After some thought, a conference with my husband, and a brief drive back with trailer in tow, we were ready to load the donkey.

Our greetings exchange went very similarly to my preliminary one.

Nick and I: Hello.
Jimmy: Why are you here? What do you want?
Nick and I: We are suppose to get the donkey
Jimmy: What? I can’t hear you. I am not wearing my hearing aid.
Nick and I: Donkey?

Once Jimmy understood we were on his property for a reason, albeit not a reason he was interested in, he was excited and offered to show us around his home. Sitting in a corner, in the dark (save the light from the small television) was Jimmy’s nurse/ girlfriend/ friend/ supplier/ ??? , Janet. For imagery sake, I must tell you, that Janet is a five foot tall, black woman, who chews tobacco and spits continuously. She doesn’t say much but what she does say she says with authority. As we walked in to the room, Janet looked up from her book, spat in to a container, nodded, and then went back to reading/ staring at her book.

At this point we walked in to Jimmy’s office, all the while, attempting to explain about how we needed to get home, so if we could…. just… get…. the…. donkey…..

A picture of Elvis mocked us from above the desk, while Jimmy pulled his guitar out of the corner and began explaining his belief that he would one day be the Commander In Chief of the United States of America. According to him, organic living was the only chance our country had at survival. To emphasize that thought, he pulled out a cigarette, inhaled, and strummed his guitar. He went on to tell us that he had written a song about it and once everyone heard it they would elect him as the next president. The title of this mind controlling melody was “World Wide Garden Web”. Carefully, we positioned ourselves so that all entrances in to the room were visible as he played.

(I wish that I could now tell you the words to that song, but my memory has chosen to block it. I have a habit of over thinking things and there is a very probable chance that I got stuck on the impracticable nature of a bunch of garden loving zombies voting him in as President and never really digested the rest of the lyrics.)

With that, we were led to THE VAN, our protests fell on (literally) deaf ears and so we climbed inside so we could take a tour of the cornucopia of greenery. Jimmy as driver, Janet in the passenger seat, and Nick and I on our knees in the cargo area, ready to be jostled this way and that. Quite honestly, Jimmy’s place is not so vast that a car ride is necessary. However, for the sake of the donkey, we pressed on. Jimmy put the van in reverse, pulled back, and hit the car directly behind  him. There was nothing within 30 feet of the van but this car and somehow he managed to hit it.  (You could tell that he desperately wanted to blame someone for this action by the way he contorted his face and began to speak but when he looked at Janet accusingly she just spat in to her container.)

Once the tour was over, we could, at last, get to the matter of loading the donkey in to our trailer. Jimmy dismissed us with a “just lasso him. It will be easy” and we set off. After 30 minutes of Nick’s astonishing Lone Ranger type skills- through the thicket of weeds and trees. The donkey was no closer to getting in to the trailer than before. With trepidation we went to get Jimmy, who after several attempts of us “speaking up” finally comprehended that we couldn’t catch the beast. Once again, he assured us how easy it would be to load him and with that he walked over to the donkey and bravely jumped on his back.

The actions of Jimmy and the results they garnered are listed below:

I could say that Nick and I drove home empty handed but that wouldn’t be completely true. Nick had a bright red rash that covered his entire torso; adding to his frustration about the whole fiasco. Honestly, though, while it took many months for either of us to find the events with the donkey amusing, it was difficult to be too angry. Both Jimmy and Janet are extremely nice people and his enthusiasm about gardening is very endearing.

**** I would like to take this opportunity to thank Coldwell Banker for the exterior and interior photographs of the house. Jimmy’s house has now been taken off the market (to become a theme park), but at the time, you could have had his posh estate for the low price of $400,000. Before you puzzle over the expense of living in Denison. This is a house, within the area, that is priced equivalently.