At first I went through great effort to explain the means by which I find the things for the store. However, after the 108th time of being asked this the response has now become, “Here and there”. It isn’t because I am being secretive about the lengths I go through to find some of this “stuff” but rather, it is too diverse to elaborate on daily.

I went to a storage auction once. The people who do these things are a rare breed. To bid and not really know what you are bidding on is a concept that eludes me. I watched a storage unit, with several bags that looked very strikingly similar to garbage and a taxidermy baby alligator, go for $200.  That was my first and last storage auction. It was nothing like Auction Wars or any of the other “reality” auction programs. In those shows, you are led to believe that everyone needs a secret place to stash away rare coin collections or special, one of a kind,  items that are in perfect, never been used condition. Then, you have to suspend disbelief that these same people manage to forget about moving their treasures. Instead, I buy some of my “stuff” from a guy that buys storage units.

I go to a farm auction once a month called “Whitlock’s”. Every stereotype of country/farm people comes into play at this auction. Groups of large men, no shirts, overalls, work boots, spitting everywhere…  their wives are in the background bidding on trinkets, ceramic chicken collections, baskets of old Avon bottles, “The Joy of Cooking” from 1972. Children run amok everywhere. No one worries about the child molesters in the bathroom or the pedophiles stealing off with one of them. Last auction I watched a little boy, about 7 years old,  bounce from dangerous farm implement to dangerous farm implement with nigh a parent in sight. He weighed  approximately 100lbs and wore a large cowboy hat, plaid long sleeve shirt, and cowboy boots. He was like a pudgy cowboy cherub, whose wings could not support his weight. The image became all the more surreal when, as we were leaving, I looked to see him pull his pants down to his ankles and start peeing. His large bottom shining white in the moonlight, almost like a marble fountain. 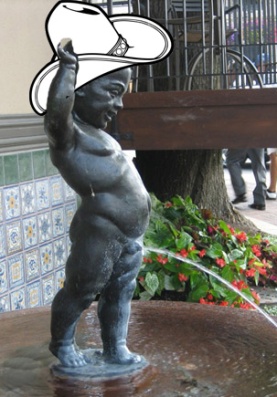 There are two auctioneers at this large auction. One sells off the little items to the women on the inside of the barn. On the outside another auctioneer calls out for bids on all of the various country clutter. Cattle fencing (which I have learned is different from goat fencing and pig fencing), tractors, livestock, rusty this or that. We are always hard pressed to find items for the store here. Usually the items, we do acquire, are in need of a lot of work. That is where Nick’s part in the business comes into play. He has turned into quite the carpenter. It is not rare for me to buy something and bring it to him, with the instructions- “I want to cut it down to this size, add this to it, just tighten this and then make it straighter”, or, my favorite, “I plan to use it for this-can’t you just do that for me?” Somehow he understands my vague terminology. It is a partnership that works…. my vision, his attention to detail.

Estate sales are hugely depressing, in my opinion, since mainly, they are held in the event of someone’s death. The remainder of a person’s entire material life lay’s there, waiting for people to arrive at 10am precisely and buy it off bit by bit. If that isn’t enough to make you want to pick up the phone and call a loved one, let me say this-  (cue the soft music) When all is said and done, every item that you spent so much time dusting and admiring will be gone and all that is left of you are the memories that you left behind, not the “stuff”. Your 250 piece refrigerator magnet collection will be sold off for a quarter each…. That collection of books, all alphabetized, cataloged, and your name carefully placed on the front page, will all thrown in to a pile for “$2 for hardbacks and fifty cents for paperbacks”.  Even your favorite zodiac coffee mug, with the clever quip about Capricorns gets reduced 50% off on Sunday. Depressing, depressing, depressing. Of course, you could just be like me and guilt your children in to holding on to everything. After all, why wouldn’t they want my collection of antique baby doll heads? Seriously.

I have a myriad of ways in which these things come in to my possession. Auctions, garage sales, estate sales, resale shops, individuals, side of the road, barns, scrap yards, flea markets, consignments AND here is the most interesting thing I have come to learn: In the city, you would NEVER go up to someone and offer to buy something off their front porch…. in the country, everything is fair game. We recently acquired a greenhouse in just this manner. One day, while I was out driving, I saw an old greenhouse peeking out through the weeds and trees. Nick had been wanting a greenhouse to bolster his ranks in farmerdom. He found the owner and quickly negotiated a price. It was a commercial greenhouse and regardless of his belief that one day he will grow all of the food our family consumes, he was practical and only built half of the structure. A few months later a man came on to our property and saw the remainder of the materials and asked to purchase it.  See, everything is fair game.

Honestly, I am flattered when people want to know where I get the merchandise for my store. It could mean that they appreciate the uniqueness of the items sold or it could mean that they like the various pieces and wish they could find things like this on their own.  Perhaps jealousy comes in to play, and it is more of a sense of entitlement that haunts them. Then again, .it could be considerably more benign than that and arrogance could just be getting the best of me. Chance are, they just want to sell me something and are questioning if they qualify. 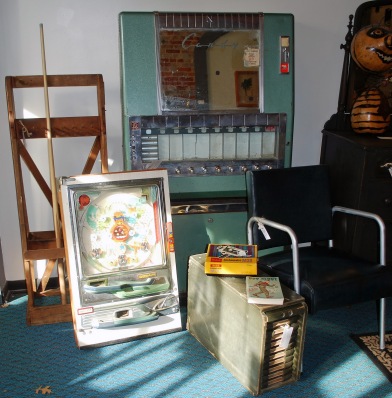 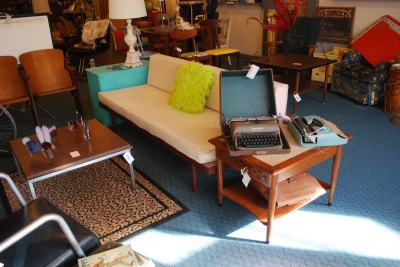 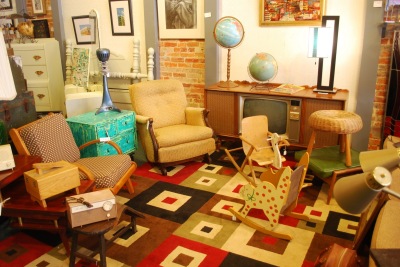